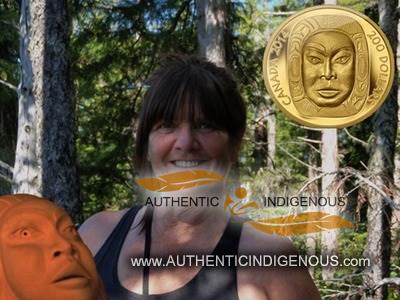 My passion is to carve realistic portrait mask and this comes from my love for meeting new people and sharing our stories. I live for today. Today I am very grateful for the gifts I have been given. Howa’a…Carol Young

In 2009 I was given the opportunity to attend the First Nations Fine Arts Program at the Freda Diesing School of Art at Northwest Community College in Terrace, BC. I am very grateful to have had the opportunity to work under the direction of world renowned carvers Ken McNeil, Stan Bevan, and Dempsey Bob. The training not only helped me to grow as a Northwest Coast Artist, but also helped me to grow as a person. I will be forever grateful to my instructors and my peers for sharing their knowledge and passion for the art with me!

My art is in collections in most US states, England, France, Poland, Alaska, and across Canada
2003 Interview for First Stories, CTV

Drums and Accessories|Sculptures|Wall Hangings
My Toolkit