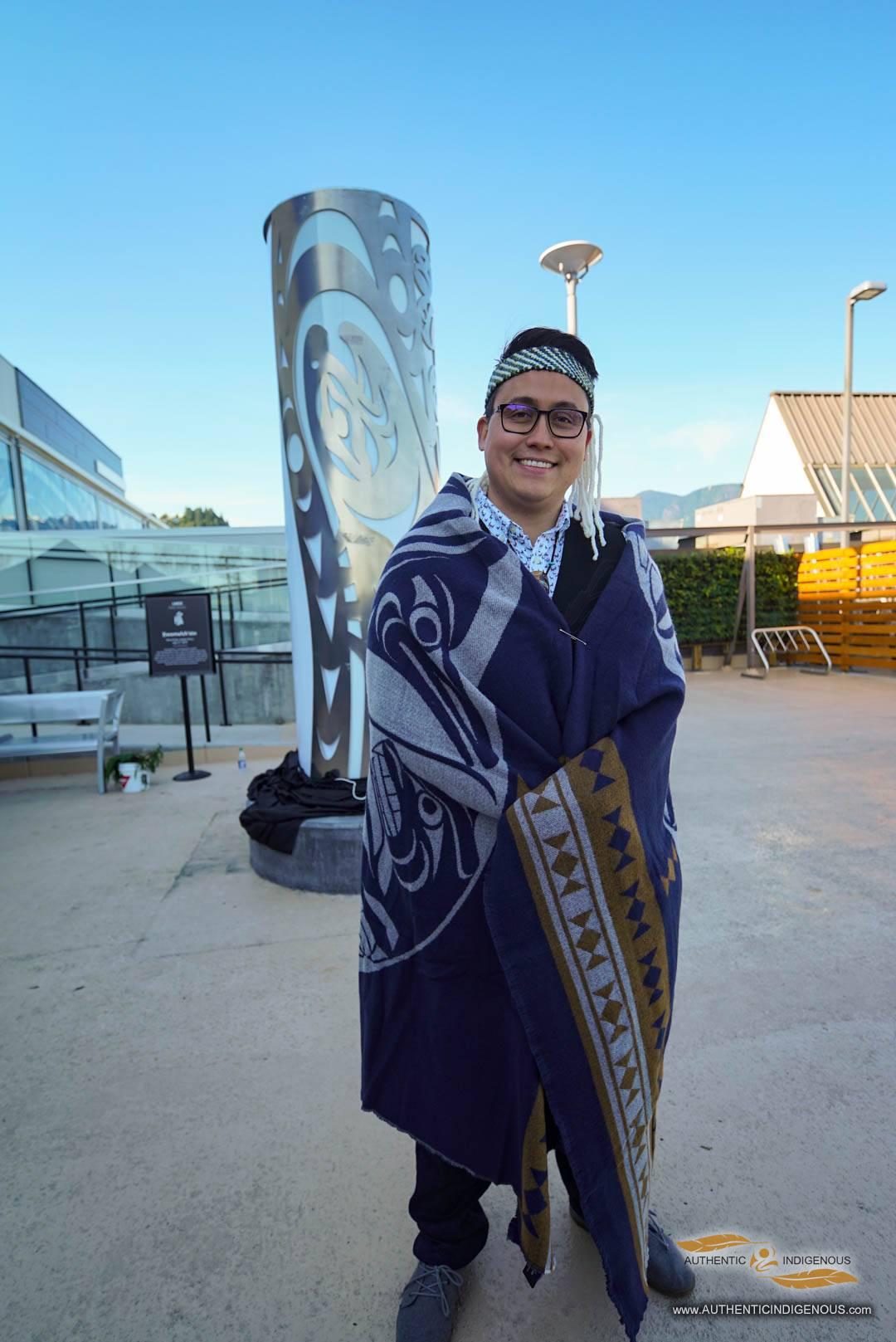 My work stands on the foundation of my experience growing up as a member of the Squamish nation and my affiliation with Coast Salish leaders. In my art, I combine the use of modern tools, materials and techniques to integrate the traditional with the contemporary. I am committed to continue the journey of self-discovery, while studying and responding to the voice developed through my ancestors’ way of creating.

My artwork is attached to my own multifaceted identity, and also to a larger lineage of Aboriginal artists, dancers, weavers and thinkers that have shaped and formed Indigenous culture and art up to this moment in time.

Part of my job as an artist is to revitalize an art form that was almost lost. As we move into the future our art will continue to evolve and grow, my goal is to integrate our culture into the proudest segments of our society.

James Harry was born in 1989. He is of Squamish Nation and European decent. At an early age, he began carving with his father, Xwalacktun. In secondary school, James began his career as a professional artist, carving the door panels of the BC Aboriginal Sports Hall of Fame. He then later attended Emily Carr University of Art and Design, obtaining a Bachelor of Fine Arts Degree in 2014. As an ECUAD student, James received scholarships and bursaries in recognition for his rigorous art practice and academic success. The YVR Art Foundation honoured him in 2011 to create an art piece for the Airport. In the same year, James completed a co-op internship with various artists in the United Kingdom where he learned metal casting and taught Coast Salish sculpture, painting and drawing in Scottish communities.

James Harry can be recognized for his artwork at the Vancouver International Airport, a 6’ high metal totem pole that emits LED lights through Coast Salish Iconography.

In 2011, he went on an exchange through Emily Carr University to learn Bronze Metal Casting. Not only did he learn, but he also taught sculpting and painting in various Scottish communities.