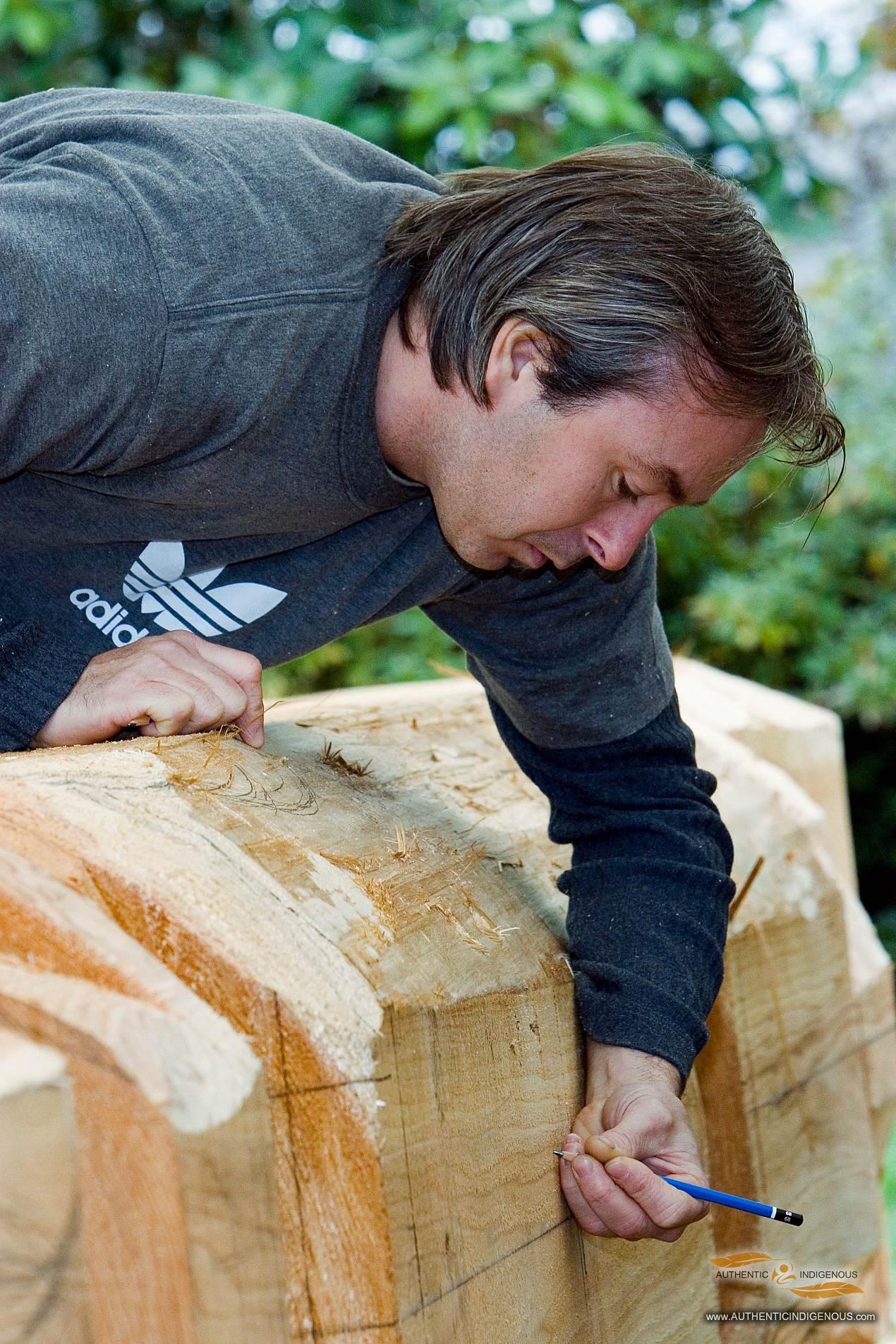 I am a artist, carver painter. Each of my pieces are telling a story, some very old and some new, i am always striving to learn more from my rich culture. Perpetuating in my own way, the rich tradition of storytelling.

Born in 1971, Pascal A. Pelletier is multi-disciplinary artist, and has been painting & carving and creating arts for over 25 years.

Influenced by Canadian artists such as Beau Dick, Jane Ash Poitras, Reg & Robert Davidson, Roy H Vickers, Mungo Martin and many others, Pascal has done hundreds of paintings and carvings and murals, completed many commission work both private and public, and always pushes himself to develop his own style always in respect of the traditional designs and their meaning.

His mother was of Irish heritage and his father was metis /Cree /Atikamek. Pascal was born in Maniwaki, Quebec but has lived all over Canada. He settled in BC in the 90’s to study First Nations art, culture, anthropology and history at UBC and SFU.

After living of his art for 15 years in BC, he moved back to the East and lived in Moncton, New Brunswick. There with his desire to give back; he broke new ground by opening the Maritimes’ first and only Aboriginal Art Gallery; hosting over a dozen major exhibitions of local native artists and by organizing Moncton’s first National Aboriginal Day celebration.

By working with the local artists, hosting workshops and giving many presentations; the gallery created awareness and exposed the region’s lack of representation of Aboriginal arts & culture. After devoting 2 years and with the birth of his son, he longed to return home to BC’s rich and appreciated native culture and where he made his home.

You can find many interviews with Pascal in newspapers, television and radio. Also he has been featured in a few documentaries where he shares his passion for First Nations’ arts & culture. Pascal has been invited numerous times as an expert in panel discussions and more about aboriginal issues and events on cbc radio.

Pascal is currently working full time in creating art in his studio .