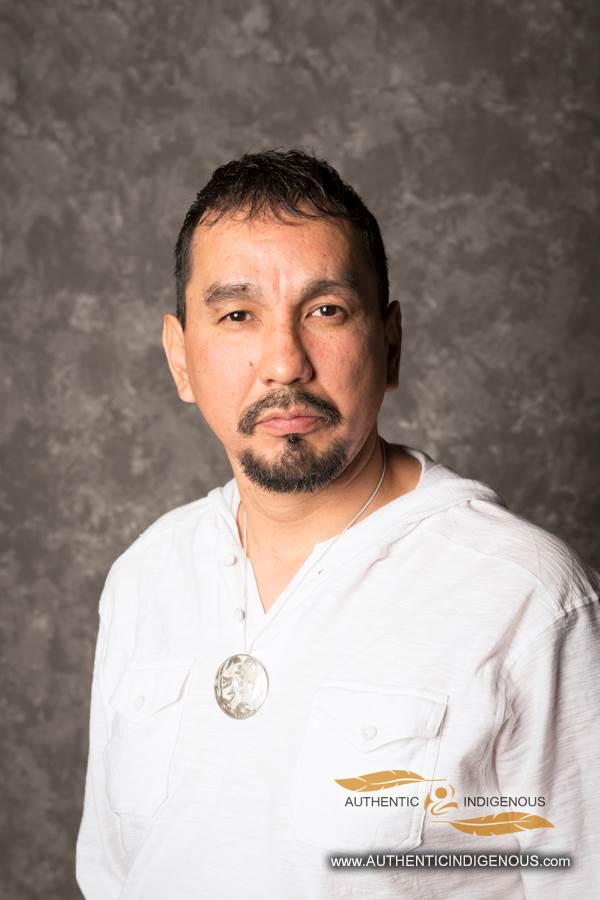 Canada in 1970, Randy is descendant from

carvers. As a member of the Carrier Nation,

drawing and excelled in art class in

In his twenties, Randy began apprenticing with his well-known

studio management from his father. Randy has never looked

backed and has carried on to carve out a highly successful

career as a Northwest Coast jewellery designer in Vancouver.

For over fifteen years, Randy has been designing wearable,

silver, gold, platinum and copper. Actors such as Steven Segal,

Tantoo Cardinal and Adam Beach all own and wear Randy Wisla

Randy is proud of his career in Northwest Coast jewellery

design and, in particular, is proud of his two beautiful teenage

and are strongly linked to stories, clans, crests and the Native cultures in British

intertwined with cultural protocols inherent in traditional jewellery designs. All the

Wearable hand carved Northwest coast silver jewellery is a must in this territory. Since

featured, it has become a stylized fashion in Vancouver and other major cities along the

The quality of Randy’s workmanship is evident in the formlines, symmetry, and all

phases of production from conceptualization to finishing and finally exhibition. The

cross hatching, formlines, u joints and ovoids are all technical elements of Northwest

Coast jewellery design. However, Randy’s signatory style separates his artwork in the

field of excellence, mastery and high-quality of workmanship.